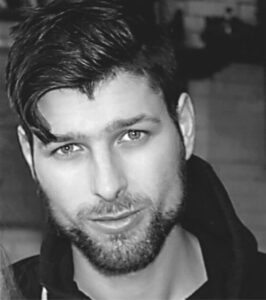 Walter Reid is currently a PhD candidate at McGill University where he is completing his dissertation “Antinatalism and Well-being: Three Essays on Procreative Ethics and the Value of Life.”  He has presented his research at over a dozen leading conferences internationally, including the American Philosophical Association, the Canadian Philosophical Association, and the Society for Philosophy and Literature in Singapore.  For his projects, he received both the Master’s and Doctoral level Canada Graduate Scholarships from the Social Sciences and Humanities Research Council of Canada.  Walter is also an award-winning lecturer in bioethics and philosophy at McGill and has seven years of prior post-secondary teaching experience at McMaster University, Syracuse University, and the University of Calgary.

Prior to that, Walter earned his Master of Arts and a Bachelor of Arts (first class honors) from the University of Calgary.  During this time he founding the philosophy club and served as president.  Additionally, Walter was a member of the Scholars Academy.

Outside of academia, Walter has served as a Director of Communications and a Business Ethicist for the Calgary and Vancouver-based company Geometric Energy Corporation.  At Geometric, his notable work included compiling ethics regulation reports for the Government of Canada’s Minister of Public Services and Procurement, and publishing high-profile press releases for SpaceX.

The CHS Defence team benefits from Walter’s superior analytic and research skills.  And he has a cat.

Our office is situated on Treaty 7 and Métis Nation of Alberta Region 3 Lands.

In the spirit of reconciliation, we acknowledge that we live, work and play on the traditional territories of the Blackfoot Confederacy (Siksika, Kainai, Piikani), the Tsuut’ina, the Îyâxe Nakoda Nations, the Métis Nation (Region 3), and all people who make their homes in the Treaty 7 region of Southern Alberta.
Criminal Defence Lawyer – Criminal Appeals Lawyer – Criminal Defence and Criminal Appeals Law